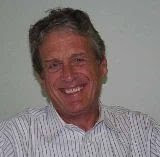 NOAA announced yesterday (June 23, 2010) that the U.S. Commerce Secretary has reappointed Sam Cotten to the North Pacific Fishery Management Coucil. Sam’s current term was scheduled to expire in August of this year. He has served three years on the Council. Sam is also the AEB’s fisheries consultant.

Three months ago, Governor Parnell forwarded his nominations for consideration by the Commerce Secretary. Those nominations to fill the Council’s Alaska seats were Duncan Fields of Kodiak and James Hubbard of Seward. The governor nominated Sam as an alternate. Afterwards, several cities and tribal councils and many individuals from the region wrote letters of support for Sam and sent them to Commerce Secretary Gary Locke.

Altogether, Locke announced the appointments of 19 new and returning members to the eight regional fishery management councils. In addition to Sam’s appointment, Locke also appointed Duncan Fields, who will serve another three-year term on the North Pacific Fishery Management Council.

“The individuals selected for the councils are keenly qualified for these important positions,” said Eric Schwaab, NOAA Assistant Administrator for NOAA’s Fisheries Service, in a press release. “They are the experts -- fishermen and scientists, leaders in their regions -- who will help us achieve sustainable fisheries and maintain vibrant fishing communities.”

The North Pacific Fishery Management Council is one of eight regional councils established by the 1976 Magnuson Fishery Conservation and Management Act (later renamed the Magnuson-Stevens Fishery Conservation and Management Act) to oversee management of the nation’s marine fisheries. The Council has jurisdiction over 900,000 square miles of ocean, from three to 200 miles off Alaska’s shores. Its primary responsibility is to manage pollock, cod, halibut, sole and other groundfish.
Posted by Laura Tanis at 10:00 AM